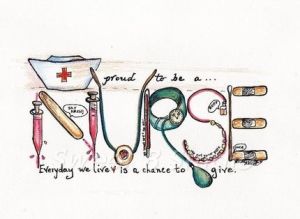 Anna was a 1933 graduate of Lima Memorial Hospital School of Nursing and worked there as an obstetrics nurse till age 60.  She was a member of Cable Road Alliance Church and was a 74 year member of the Order of the Eastern Star Columbus Grove Chapter 527 until recently merging into Delphos Chapter 26.  She enjoyed playing cards, Yatzee, Bingo, going out to eat and was an avid fan of the Ohio State Buckeyes.  She also enjoyed RVing with her husband for many years.  She was an avid reader and later in life enjoyed books on tape.

The family will receive friends from 4 to 8 p.m. on Sunday, December 29, 2019 at Chamberlain-Huckeriede Funeral Home, Lima, Ohio.  There will be an Eastern Star service at 4 p.m. Sunday. The funeral service will be held at 10 a.m. on Monday, December 30, 2019 at the funeral home.  Pastor Richard Hart will officiate.  Burial will follow at Truro Cemetery, Columbus Grove.

Memorial contributions may be made to Donor’s Choice.

To send flowers to the family or plant a tree in memory of Anna L Bogart, please visit our floral store.