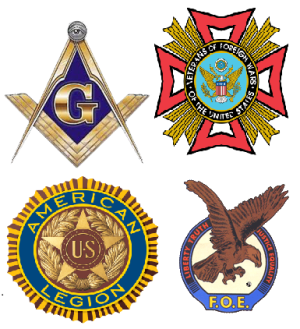 Ed first worked for Neon Products, retiring from there after 31 years.  He then went on to work at Dana Corp. for another 11 years.  After retirement he became the doorman at the Eagles Airie #370. He was a member of Garrett Wycoff Lodge #585 Free & Accepted Masons and was a dual member of Lima Lodge #205 F.& A.M.  He was a member of Chapter, Council, and Commandary in the Lima area, the Scottish Rite Valley of Dayton, the V.F.W. #1275 Auxiliary, American Legion Post #98, and the Eagles Airie #370.

He was preceded in death by his parents, sisters: Pauline Hensley and Alabama Maxwell, and brother Jim L. Jones

The family will receive friends from 5:00 to 7:00 p.m. on Monday June 10, 2019 at Chamberlain-Huckeriede Funeral Home, Lima, Ohio;  followed by a Masonic Service and a Scottish Rite Ring Service. The funeral service will be held at 11:00 a.m. on Tuesday, June 11, 2019 at the funeral home.  Rev. Todd Cosart will officiate. Burial will follow at Memorial Park Cemetery.

Memorial contributions may be made to Lima Masonic Center.

To send flowers to the family or plant a tree in memory of Edmon Smith, please visit our floral store.