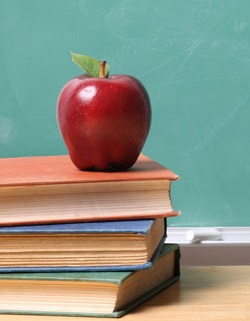 Joan was born on January 26, 1939, in Napoleon, Ohio, to the late Eugene Hefflinger and Augusta (Wiechers) Hefflinger.  On June 30, 1957, in Hamler, Ohio, she married Edward L. Baden, he survives in Gomer.

Joan earned a Bachelor’s Degree from Ohio State University and a Master’s Degree from the University of Dayton. She retired from Elida Local Schools and taught at Gomer Elementary for thirty-one and a half years. A passionate educator, she taught countless children to read during her tenure. She was a member of the Elida Education Association and served as its president for a time. As newlyweds, she and Ed joined Zion Lutheran Church in 1957.  Over the years, Joan chaired the Serve Committee, made countless school supply packs on behalf of needy students for Lutheran World Relief and taught summer bible school.  She volunteered at Churches Untied Pantry for eighteen years. An avid reader, she was active in the Gomer Book Club. She and Ed enjoyed traveling together and visited all fifty U.S. States, several European countries and drove across Canada over their sixty-two-year marriage. A competitive spirit, she loved winning at pinochle, euchre and Trivial pursuit. She’d been known to flip a Monopoly board when things weren’t going her way. She loved watching and rooting for her Ohio State Buckeyes – especially when they played Michigan – Ed’s team. She was a committed and loving wife, mother, grandmother and great grandmother. She also made a mean Dutch apple pie. She was a force. Her heart and life were abundant with love and laughter and many will miss her generous soul.

She is preceded in death by her sister, Joyce Behrman and grandson-in-law Ryan Gerding.

The family will receive friends from 3:00 PM to 6:00 PM on Saturday, September 28, 2019 at Chamberlain-Huckeriede Funeral Home in Lima, Ohio.

A Celebration of Life service will be held at 1:30 P.M. on Sunday, September 29, 2019 at Zion Lutheran Church followed by a luncheon. Pastor Dan Gutman and Pastor Mike Wiechers, who is a cousin to Joan, will officiate.

Interment will be in Pike Run Cemetery, Gomer, Ohio at a later date.

Memorial contributions may be made to The Zion Lutheran Church Endowment Fund.

To send flowers to the family or plant a tree in memory of Joan L. Baden, please visit our floral store.