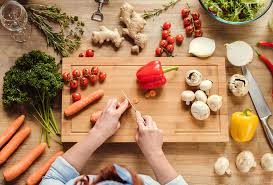 Phyllis was a graduate of Findlay High School.  She worked as a silk presser at a dry cleaners for 10 years before retiring in 1993.  She enjoyed her vacations to the Smokies, spending time with her children and grandchildren, cooking and baking.

The family will receive friends from 6 p.m. to 8 p.m. on Friday, March 15, 2019 and one hour prior to funeral service at Chamberlain-Huckeriede Funeral Home, Lima, Ohio.   A funeral service will begin at 10:30 a.m. on Saturday, March 16, 2019 at the funeral home.  Rev. Jacqueline Brown officiating. Burial will follow at Memorial Park Cemetery, Lima.

Memorial contributions may be made to the American Heart Association.