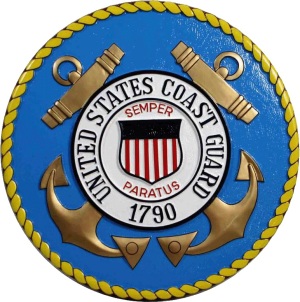 Dick graduated from St. Rose High School in 1946. Upon graduation, he enlisted in the Coast Guard where he served for several years. After leaving the Coast Guard he attended Purdue University and the University of Dayton where he studied electrical engineering. Dick’s major in school led him to a job working for Higgins Electric in Lima. After a few years there, he started Arrow-Gibson Electric in 1956 and ran the company until his retirement in 2000. He could always be found in the garage at his home tinkering-taking things apart, fixing them, and putting them back together again. His mechanical mind and construction experience was best on display helping his children making improvements on their homes. Dick was a member of St. Gerard’s Catholic Church, the Knights of Columbus and the Eagles.

The family will receive friends from 4:00 to 8:00 p.m. on Tuesday, May 7, 2019 at Chamberlain-Huckeriede Funeral Home, Lima, Ohio.   The Mass of Christian Burial will begin at 10:30 a.m. on Wednesday, May 8, 2019 at St. Gerard’s Catholic Church.  Father Mike Sergi will officiate. Burial will follow at Gethsemani Cemetery, Lima.

Memorial contributions may be made to St. Gerard’s Catholic Church.

To send flowers to the family or plant a tree in memory of Robert J. "Dick" Gibson, please visit our floral store.