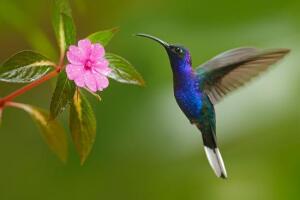 Betty was born on April 24, 1933, in Petersburg, MI to the late Frederick and Henrietta {Winter} Wagenknecht.  On April 18, 1953, she married Allen M. Layman, who preceded her in death.

Betty graduated from Summerfield High School and was co-valedictorian. She worked at Toledo Edison and later was a bank teller for Tower National, Bank One, and eventually Chase Bank, retiring after 40+ years. Betty was a member of Zion Lutheran Church in Lafayette, and formerly was a member of New Creation Church. She enjoyed bird watching, traveling, camping, crocheting, playing BINGO, spending time with her family, and of course, Rudy’s Hotdogs.

In addition to her parents and husband, she was preceded in death by her brothers: Melvin, Paul, Bill, Robert, and Dale Wagenknecht.

The family will receive friends from 2 p.m. to 4 p.m. and 6 p.m. to 8 p.m. on Monday, August 3, 2020 at Chamberlain-Huckeriede Funeral Home, Lima, Ohio.   The funeral service will begin at 1 p.m. on Tuesday, August 4, 2020 at the funeral home.  Pastor Robin Kapostasy will officiate. Burial will follow at Memorial Park Cemetery.

Memorial contributions may be made to St. Rita’s Hospice or Zion Lutheran Church in Lafayette.

To send flowers to the family or plant a tree in memory of Betty H. Layman, please visit our floral store.