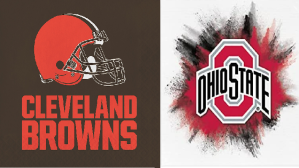 Bryan was born on November 29, 1958 in Lima, Ohio, to Earl Fair and Bernadine (Ferree) McGlaughlin. On June 10, 1983 he married Kimberly (Oliver) Fair who survives in Cairo, Ohio.

Bryan was a graduate of Bath High School where he played football and ran track. He loved hunting and fishing. Bryan also liked NASCAR, especially Dale Earnhardt Sr. and Jr. and Ryan Blaney. He was also a big Cleveland Browns fan and Ohio State fan.

He was preceded in death by his stepfather, Paul McGlaughlin; a grandchild, Alayna Fossa; and grandparents, Bernard (Lanita) Ferree and Orville (Lea) Fair.

The family will receive friends from 9 a.m. to 11 a.m. on Saturday, September 17, 2022 at Chamberlain-Huckeriede Funeral Home, Lima, Ohio.  The funeral service will follow at 11 a.m. Rev. Larry Molaski will officiate. Burial will follow at Cairo East Cemetery, Cairo.

In lieu of flowers, memorial contributions may be made to Wildlife Rescue.

To send flowers to the family or plant a tree in memory of Bryan Andrew Fair, please visit our floral store.

A Memorial Tree was planted for Bryan