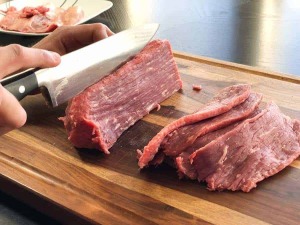 David D. (Dave) Frantz, On Monday, November 8th at 7:52 am, Dave Frantz 78, went to his heavenly home surrounded by his family after a long courageous battle with cancer.

Dave was born in Bluffton on July 3, 1943, to Mae (Agner) and Richard Frantz, who preceded him in death.

Dave graduated from Pandora Gilboa High School in 1961, where he was active in track, football, and drama club. After high school Dave attended The National School of Meatcutting. He began his lifelong career as a meatcutter with Pangles Master Markets, then Clyde Evans and retiring from Chiefs in 2020.

On August 18, 1984, he married Linda Miller Gibson. Dave had enjoyed riding his motorcycle, bowling, antique hunting, golf (hitting a hole in one at Bluffton golf course), woodworking and camping at Port Clinton with Linda until the time of his illness.

He is survived by his wife of 37 years, Linda. Children, Darin, Kelly Jo (Dee) of Cridersville, Tommy (Angie), Jason (Stephanie), Scott (Kelly) all of Lima and Brian of Columbus. Grandchildren, Lacey, Brady, Bailey, Tyler, Gracie, Isabelle, Chace, and Sawyer. Great-grandchildren, Raegan and Levi. He is also survived by his brother Dick (Rose) Frantz of South Bend, Indiana. Brother-in-laws, Bob (Pat) Hixon, and Gene (Susan) Miller, and many nieces and nephews. He is also survived by a previous wife, Jan Frantz of Cridersville.

He also leaves behind his friend & companion, his little dog, Toby.

Along with his parents he was also preceded in death by a sister, Pam Hixon and brother-in-law, Charles (Sabrina) Miller.

Dave was a member of South Side Christian Church. He was deeply loved by his family and will be greatly missed until we see him again.

Homegoing service will be held on Tuesday, November 16, 2021. Visitation from 2 to 4 pm. Funeral will follow at 4 pm at Chamberlain-Huckeriede Funeral Home. Father David Ross will officiate.

Memorial contributions may be made to American Cancer Society.

To send flowers to the family or plant a tree in memory of David D. Frantz, please visit our floral store.