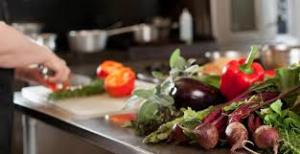 Deborah was a graduate of Lima Central Catholic High School. She worked as a nurse’s aide at Lima Convalescent Home for 26 years. She loved shopping, crafts, playing video games and spending time with her grandchildren. Deborah was a great cook and enjoyed collecting cookbooks.

Along with her parents, she was preceded in death by a brother-in-law, Steven Hahn.

The family will receive friends from 5 p.m. to 8 p.m. on Wednesday, November 16, 2022, at Chamberlain-Huckeriede Funeral Home, Lima, Ohio.  A funeral service will begin at 10 a.m. on Thursday, November 17, 2022, at St. John’s Catholic Church.  Father David Ross will officiate.

In lieu of flowers, memorial contributions may be made to The Alzheimer’s Association or St. John’s Catholic Church.

To send flowers to the family or plant a tree in memory of Deborah A. (Sciranka) Harper, please visit our floral store.