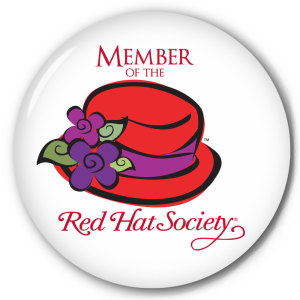 D.J. graduated from Waynesfield High School in 1941.  After graduation, she was Secretary to the Superintendents of Waynesfield School District.  She worked as a lathe operator at Westinghouse to support the war effort in 1943.  She was employed for many years at the office of Dr. David Nielsen, M.D, in Waynesfield.  She later served as the Administrative Assistant to the Common Pleas Judge for Auglaize County.  After retiring from the court system, she worked at Elder-Beerman in Lima, Ohio where she managed the bridal department.  D.J. was a dedicated member of the Women’s Auxiliary of the Waynesfield American Legion Post and received Life Membership (20 years of service) in 2019 from the Lima Memorial Health System Volunteer Auxiliary.  She was also an active member of the B.P.W. (Business and Professional Women) and Red Hat Society of Lima, Ohio. She was a life member of The United Methodist Church, most recently Trinity United Methodist Church of Lima, where she was an active member of the church choir for many years.

The family will receive friends from 5-7 p.m. on Friday, August 27, 2021 at Chamberlain-Huckeriede Funeral Home. The funeral will begin at 1 p.m. on Saturday, August 28, 2021 at the funeral home. Friends may visit one hour prior to the funeral service.  Rev. John Foster and Chaplain Peter Citerin will officiate.  Burial will be at Willow Branch Cemetery, Waynesfield, OH.

In lieu of flowers, memorial contributions may be made to the Lima Memorial Health System Auxiliary or Trinity United Methodist Church.

To send flowers to the family or plant a tree in memory of Donna "D.J." Jean (Bodell) Kohler, please visit our floral store.