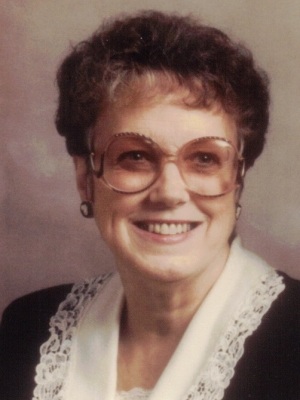 She attended the First Church of God at the Crossroads. She graduated from South High School. She enjoyed gardening, writing short stories and painting. She worked at Swallow’s Beverages, A and W Root Beer Stand, and Kresge’s.

The family will receive friends from 2-4 and 6-8 on Thursday, February 13, 2020 at Chamberlain-Huckeriede Funeral Home in Lima, Ohio.

A funeral service will begin at 11:00 am on Friday, February 14, 2020 at Chamberlain-Huckeriede Funeral Home.  Rev. Pete Citerin will officiate.

Interment will be in Memorial Park Cemetery, Lima, Ohio.

Chamberlain-Huckeriede Funeral in charge of arrangements.