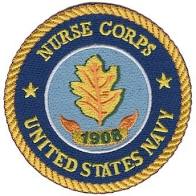 Elva graduated Toledo State School of Nursing in 1942 and attended Case Western Reserve from 1947-1948.  She was enlisted in the U.S. Navy from July, 1943 – February, 1947 and serving as a Navy nurse during World War II and a year with the State of Ohio in Psychiatric Nursing.  She also was a registered nurse with the V.A. of Cleveland.

Elva attended Lima community Church of the Nazarene; was a member of O.E.S. Trinity Chapter #63, Lima American Legion, and the Kerner Slusser Post Ottawa.  She was a volunteer for the Arthritis Foundation and the YMCA, a past member of Ohio State Nurses Assoc., past member National League of Nursing, and a past member League of Women Voters.

She is survived by her daughter, Jane Farmer of Hazel Green, AL; one grandchild, Vanessa; four step-grandchildren; one great-grandchildren.

In addition to her husband and parents, she was preceded in death by her son, Douglas J. Bevington; son-in-law, Richard Farmer; brother, H. Wayne “Pete” Jones; and sister-in-law, Jane Bevington.

In lieu of flowers, memorial contributions may be made to Lima Church of the Nazarene New Youth Building Fund or the Arthritis Foundation.

To send flowers to the family or plant a tree in memory of Elva R. Bevington, please visit our floral store.

You can still show your support by sending flowers directly to the family, or by planting a memorial tree in the memory of Elva R. Bevington
Share a memory
© 2021 Chamberlain Huckeriede FH. All Rights Reserved. Funeral Home website by CFS & TA | Terms of Use | Privacy Policy