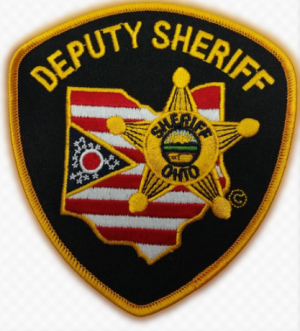 Garry was born on November 20, 1953 in Martin, KY to James H. Ricker Jr. and Zella {Moore} Ricker, who preceded him in death. He is survived by stepmother, Opal Ricker of Cridersville. On November 16, 1984, he married Wanda Sue Krouskop of Lima who survives along with son Kyle (Britney) Ricker and granddaughter Riley Jean Ricker of Cincinnati. Other survivors include brother Larry (Terri) Ricker of Cincinnati, half brother Tim (Lori) Ricker of Bellefontaine, mother-in-law Sue Krouskop of Lima, brother-in-law Donald (Kathi) Krouskop of Lafayette, sister-in-law Connie (Henry) Morscheck of Lafayette and several nieces, nephews and cousins.

He is preceded in death by his parents, father-in-law Robert Krouskop and nephew Ryan Ricker.

Garry was a graduate of Lima Senior High School, class of 1972. He was employed by the Allen County Sheriff’s Office for 27 years and was named Law Officer of the Year in 1993. He was the first Allen County D.A.R.E. Officer for the Allen County Schools. Garry also worked security for the Lima Memorial Health System for 32 years. Garry enjoyed his Harley Davidson motorcycle, his 1929 Ford Model A, playing softball, being a fan of the Cleveland Browns and Detroit Tigers and spending time with family and friends.

Special thanks to our neighbors Jason and Michelle Rice and all members of the Lima and the OSU Wexner Medical Center staff. Per Garry’s request, there will be no services.

Memorial contributions may be made to the Allen County Sheriff’s Office with attention to the D.A.R.E. program.

Arrangements handled by Chamberlain-Huckeriede Funeral Home. Condolences may be expressed at www.chamberlainhuckeriede.com

To send flowers to the family or plant a tree in memory of Garry Ricker, please visit our floral store.

You can still show your support by sending flowers directly to the family, or by planting a memorial tree in the memory of Garry Ricker
Share a memory
© 2022 Chamberlain Huckeriede FH. All Rights Reserved. Funeral Home website by CFS & TA | Terms of Use | Privacy Policy