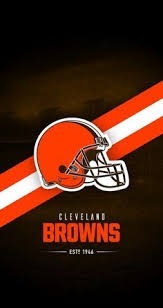 Gary had worked at Pangles, Northland Lanes, Lima News and laid carpet for awhile.  He was a member of St. Marks United Methodist Church and Allen County Agency Adult Daycare and was involved in Special Olympics as a coach.  He was an avid fan of both the Cleveland Browns and Ohio State.

He was also preceded in death by his first wife, Karren Sue (Edwards) Carr and infant son Roy Joseph Carr.

The family will receive friends from 2 to 4 on Monday, January 20, 2020 at Chamberlain-Huckeriede Funeral Home, Lima, Ohio.   The funeral service will follow at 4 p.m.    Pastor James Baker will officiate. Burial of ashes will be at Memorial Park Cemetery, Lima at a later date.

Memorial contributions may be made to Allen County Adult Daycare.

The family would like to express a special thank you to the staff at St. Rita’s and Kindred Hospitals for their care.

To send flowers to the family or plant a tree in memory of Gary William Carr Sr., please visit our floral store.