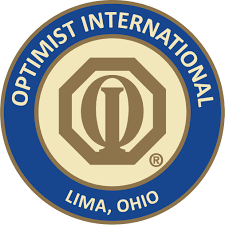 Born on August 22, 1933 to Addison and Mae Barnes in Pittsburgh, PA, he was the fifth of six children, Edwin, Irwin, Betty, Kate and Dottie.

Hap served in the US Army during the Korean War. Upon return he continued his life of service as a Junior Achievement advisor through the Joseph Horne Co., Pittsburgh. In 1959 he moved with his family to Lima, OH to become Executive Director of Junior Achievement Greater Lima. For 17 years Hap mentored teens in business principles and practice. More importantly he fostered the boundless potential of hundreds of young people. Many have expressed their gratitude for his important influence in their lives.

In 1983 he turned his service to the special needs of the wider Lima community as Executive Director of Easter Seals where one of many projects included assisting children with special needs to attend summer camp.

Hap and his wife Joan served the children of Cable Road Alliance and the Korean Church Junior Church program, sharing their love of God with 5-8-year-olds, a time they cherish. In 2009 they joined St. Charles Catholic Church where they mentored 8th graders.

Hap was a longtime member of Lima Noon Optimist Club. He was focused on Safety City since the 1970s. His most recent efforts helped bring the current Safety City on South Collett St. to fruition.

The family will receive friends from 10 am to 11 am on Saturday, October 2, 2021 at St. Charles Catholic Church. Funeral Mass will follow at 11 am.  Father Kent Kaufman will officiate. Burial will be at Gethsemani Cemetery in Lima, Oh.

In lieu of flowers, the family suggests making a donation to St. Charles School Playground Project in memory of Hap Barnes…

To send flowers to the family or plant a tree in memory of Harry S 'Hap' Barnes, please visit our floral store.