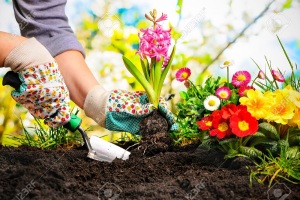 Harvey was born on January 30, 1949 in Lima, Ohio, to Clifford and Dorothy (Howard) Freytag.  On July 9, 1983 he married Linda (Piercefield) Freytag, who survives in Lima.

Harvey was self-employed as a siding contractor.  He enjoyed hunting, fishing, gardening, yardwork and he was a Jack of all trades.

He was preceded in death by his parents, Clifford and Dorothy Freytag; daughter, Lisa Carver; brothers: Bob, Curtis, Albert, Fredrick and Conway Freytag; and a sister, Mary Davis.

The family will receive friends from 2 – 8 p.m. on Wednesday, August 3, 2022 at Chamberlain-Huckeriede Funeral Home, Lima, Ohio.  A funeral service will begin at 10 a.m. on Thursday, August 4, 2022 at the funeral home.  Brother Mike Skinner will officiate.  Burial will follow at Memorial Park Cemetery, Lima.

To send flowers to the family or plant a tree in memory of Harvey Monroe Freytag, please visit our floral store.

A Memorial Tree was planted for Harvey