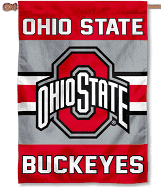 James was a butcher for several years, working at Rumer’s and A&P grocery stores. He then worked for Ford Motor Company and retired in 2000. He was an avid Ohio State fan and enjoyed spending winters at his home in Florida.

In addition to his wife, he is survived by his children: Jeff Perine, Craig Perine, Sandra (Leonard) Minix, and Kirk (Liliana) Perine all of Lima; grandchildren: Robert Perine of Hiliard, James Perine of Lima, Grecia Perine of Lima, Heather (John) Sousley of Ada, Trisha (Chris) Rader of Lima, and Stephanie (Richard) Smith of Kentucky; 14 great-grandchildren; and his sister, Marianne Perine of Buckeye Lake.

He was preceded in death by his parents and his siblings: Sue Wroten, Gene Perine, Richard Perine, Clara Essinger, Irma Terry, and Mickey Magrum.

His family will receive friends on Monday, April 11, 2022 from 11 a.m. – 1 p.m. at Chamberlain-Huckeriede Funeral Home, Lima, where a funeral will follow at 1 p.m. Burial will follow at McDonald-Fairview Cemetery in Jumbo, OH.

Memorial contributions may be made to the Samaritan House or the Lima Rescue Mission. Online condolences may be made by visiting www.chamberlainhuckeriede.com

To send flowers to the family or plant a tree in memory of James D. Perine, please visit our floral store.