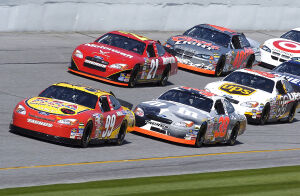 Janet was a 1953 graduate of Lima South High School.  She attended junior college, receiving an Associates Degree in Education to teach Kindergarten.  She was self-employed as a Kindergarten teacher in her own home for several years.  She then worked for and retired from United Telephone. She was a very active member of St. John’s Catholic Church. She enjoyed gardening, reading and along with her husband, were huge NASCAR fans. She was also very active in the Y.W.C.A. and C.I.A.O.  She was also a 30+ year volunteer at St. Rita’s Hospital.

A graveside service will be held at 10 am on Saturday February 20 at Memorial Park Cemetery Mausoleum.  Father David Ross will officiate.  Entombment will be in Memorial Park Mausoleum, Lima, OH.

Memorial contributions may be made to St. John’s Catholic Church in her memory.

To send flowers to the family or plant a tree in memory of Janet L. Sarno, please visit our floral store.

You can still show your support by sending flowers directly to the family, or by planting a memorial tree in the memory of Janet L. Sarno
Share a memory
© 2021 Chamberlain Huckeriede FH. All Rights Reserved. Funeral Home website by CFS & TA | Terms of Use | Privacy Policy