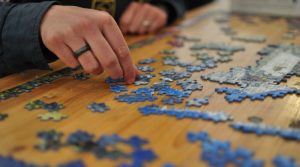 She was a 1963 graduate of Lima Central Catholic and a member of St. Gerard’s Parish.  She was a baker in the former Northland Pangles Supermarket for years and later retired from a medical laundry service for Lima’s hospitals.

Along with her parents, she was proceeded in death by brothers: Paul Jr., James, William, Donald, and David Schimpf; and a sister, Mary Lou Schimpf Brennan.

Janet was an avid fan of tv sports and loved working jigsaw puzzles.

Memorial contributions may be made to Lima Central Catholic Scholarship fund.

To send flowers to the family or plant a tree in memory of Janet Marie Schimpf, please visit our floral store.