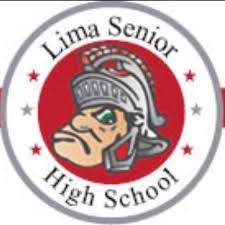 Larry graduated from Lima Senior High School in 1958 where he was a member of the football team. For a period of years he held various jobs in the community until he was unable, due to his numerous disabilities including loss of hearing at the age of 35. He was a devoted member of the Lima Senior High Athletic Boosters. A member of West Elm UCC (Now known as Faith Christian Church) and he was a regular blood donor, giving over six gallons.

Larry was known to his family and friends for having an extraordinary memory; at one time knowing over 2,000 birthdates and the scores of every South-Central football game. In spite of the difficult challenges he faced, he never complained; he was kind to all people and accepted life as it came to him.

Special thanks from the family to the caring staff at the Springview Manor, the caregivers in his home, and to the many classmates who treated him with kindness and respect.

The family requests all attendees wear a mask and observe distancing guidelines.

Contributions in Larry’s memory may be made to the Lima Senior Athletic Department, One Spartan Way, Lima, Ohio 45801

To send flowers to the family or plant a tree in memory of Larry Joseph Bowers, please visit our floral store.