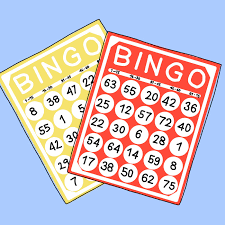 Fay was a bookkeeper for many years and together with Jack, they owned Sonitrol Security Systems here in Lima. She enjoyed weekly Bingo and camping; but more than anything she loved spending time with her family, especially her grandchildren, great grandchildren, nieces, and nephews. Fay always made time for those in need, and the neighborhood knew her simply as mom. Ever the optimist, Fay always chose to see the good in everyone, she treasured every friendship and always had a kind word for anyone.

In addition to her parents, she is preceded in death by five brothers: Bernard, Virgil, Robert, Billy, and her twin brother Louis Ray Lauck; and two sisters, Lucille Cheney and Sylvia “Dodie” Binkley

The family will receive friends from 11 a.m. to 1 p.m. on Thursday, August 11, 2022 at Chamberlain-Huckeriede Funeral Home, Lima, Ohio.  A funeral service will follow at 1 p.m.

To send flowers to the family or plant a tree in memory of Lois Fay Wade, please visit our floral store.

A Memorial Tree was planted for Lois