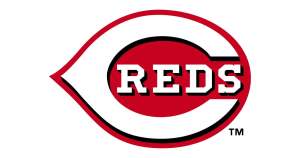 Lowell was born on July 29, 1938, in Tinsley, Kentucky, to the late Hayes and Judy (Patterson) Rickett.  On January 5, 1959, he married the love of his life, Janice Shoup Rickett, who survives in Lima.

Lowell was self-employed.  He enjoyed playing cards, watching baseball, and listening to Country and Bluegrass music.  His favorite teams were the Indians and the Reds.

There will be no public visitation nor services at this time.  A Celebration of Life will be held at a later date.

Memorial contributions may be made to American Heart Association or Alzheimer’s Association.

To send flowers to the family or plant a tree in memory of Lowell "Satch" Rickett, please visit our floral store.

You can still show your support by sending flowers directly to the family, or by planting a memorial tree in the memory of Lowell "Satch" Rickett
Share a memory
© 2020 Chamberlain Huckeriede FH. All Rights Reserved. Funeral Home website by CFS & TA