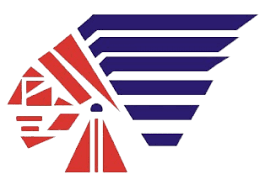 He was born on July 1, 1934, in Gilman, Illinois, to the late Lowell Nees and Dorthy (Sweet) Nees.  He was preceded in death by brothers, Lowell (Athea) Nees and Robert (Betty) Nees; and sister, Jean (Don) Christoff.  Also preceding him were his mother-in-law and father-in-law, Carlo and Jean Page; and his beloved dog, Max (whose ashes will be buried with him).

Richard married Rose Page on May 12, 1956.  She survives him in Lima along with two sons: Carlo Nees of Lima and Bill (Velvet) Nees of Piqua; and their three children: Travis, Alex and Emma.  He is also survived by a brother, John (Tina) Nees; brothers and sisters-in-law, Ron and Pat Leichty and Bill and Gloria Fansler of Toledo; as well as special friends of the family, Joe and Laurie Martino.

Dick Nees was a graduate of Lima Central High School “Class of 1952”.  During his career as a Dragon, he earned numerous football honors; including being named to the AP All-Ohio Football Team.  After graduating, he attended the University of Cincinnati on a full athletic scholarship and played one season for future NFL Hall of Fame coach, Sid Gillman.  His work career spanned over 45 years, starting at the Ohio Steel Foundry and ending with his retirement from Ford Motor Company as a skilled machine repairman.

He had many interests including: rebuilding wrecked cars, coaching football for the Lima Steelers and the St. Rose Cardinals (1971 city champs), and hanging out in his garage working on projects and watching Browns games.  He also greatly enjoyed attending Piqua Indian Football games with Rose every Friday night in the fall.  He never missed a game over a span of 26 years, and was able to see every game that his grandsons played in.

He will be remembered for his work ethic, sense of humor and ability to help anyone solve a problem.  He will be greatly missed by all; but he is now in a better place.

The family will receive friends from 10:00 a.m. to 1:30 p.m. on Saturday, February 27, 2021 at Chamberlain-Huckeriede Funeral Home in Lima, Ohio.  The funeral service will follow at 1:30 p.m.  Father David Ross will officiate.  Interment will be in Gethsemani Cemetery, Lima, Ohio.

To send flowers to the family or plant a tree in memory of Richard A. Nees, please visit our floral store.