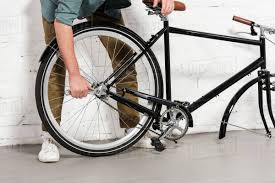 Robert was a construction worker for Tuttle Construction and retired from Peterson Construction.  He enjoyed fishing and hunting, along with fixing bicycles for children.

The family will receive friends from 1:00 to 3:00 p.m. on Tuesday, June 2, 2020 at Chamberlain-Huckeriede Funeral Home, Lima, Ohio.   A private memorial service will be held at a later date.

To send flowers to the family or plant a tree in memory of Robert Donovan Lones, please visit our floral store.