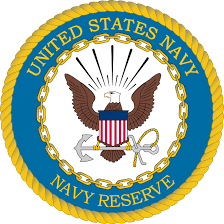 Robert was a college graduate and served in the U.S. Navy Reserve.  He worked as a welder for BLH, Clark Equipment Co., and General Dynamics for many years and as a crane operator for Whemco.  He was a history buff of WWII, an avid reader of the Wild Wild West, and lover of music (especially the Beatles).  He was a rhythm guitar player for various bands in the Lima area for over 30 years.

He was preceded in death by his parents; father and mother-in-law, Russell and Betty Case; brother, John K. Malon; and adored dogs: Toby, Charly and Sammy.

There will be a private family visitation from 11:30 a.m. to 12:30 p.m. on Thursday, January 7, 2021 at Chamberlain-Huckeriede Funeral Home in Lima, and private family graveside service at Greenlawn Cemetery in Elida.  Rev. Larry Molaski will officiate.

In lieu of flowers, memorial contributions may be made to donor’s choice.

To send flowers to the family or plant a tree in memory of Robert Adam Malon, please visit our floral store.

You can still show your support by sending flowers directly to the family, or by planting a memorial tree in the memory of Robert Adam Malon
Share a memory
© 2021 Chamberlain Huckeriede FH. All Rights Reserved. Funeral Home website by CFS & TA | Terms of Use | Privacy Policy