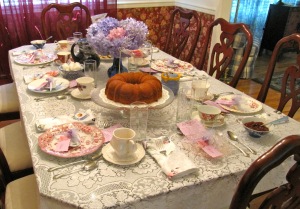 Suzanne Hait age 81 of Lancaster, California passed away April 22nd, 2020 due to Parkinson's disease. She was born January 31st, 1939 to the parents of Mr. Brice Brooks Applas Jr. and Mrs. Dorothy Jane Applas in Lima, Ohio.

Suzanne graduated from Lima Senior High School Lima, Ohio in 1957 where she was named May Queen and voted the Prettiest Girl. She attended Humboldt Institute in Minneapolis, Minnesota, and the American Airlines Stewardess College in Fort Worth, Texas. She married Joseph Hait on March 30th, 1963 at the Little Church of the West in Las Vegas, Nevada. After the honeymoon, she resided in Las Vegas until moving to Woodland Hills, California (San Fernando Valley) in 1964. in 1997, she moved to Nipomo, California with her fiancé Pat Cirella and bought a home together in the Black Lake community. Suzanne moved to Rancho Village, a retirement community, in Palmdale, California in December 2014 to live closer to her daughter and son-in-law. Suzanne eventually needed a higher level of care and in January 2020, moved to a board & care home in Lancaster, California until she passed away.

She is survived by her daughter Dena Galloway and son-in-law Derek Galloway who live in Tehachapi, California, a niece Vikki Anderson in Tennessee and her two adult children Michael and Brandice, a niece Jeni Conley and her husband Joe who live in Yuma, Arizona along with several close friends. Suzanne was preceded in death by her parents and sister Beverly Rizor.

Suzanne was a stewardess with American Airlines from 1959-1963 and received the lapel pin from John F. Kennedy during one of her flights. Suzanne worked for the Pentagon, did some modeling, worked part-time booking Country-Western artists, was employed by Gates-Kingsley-Gates mortuary as a receptionist/secretary from 1987-1996, and enjoyed managing a space at the Fade Rose in Nipomo, California where she bought/sold antiques. Suzanne enjoyed writing poems, entertaining friends, hosting parties, collecting antiques, and watching the Turner Classic Movie (TCM) channel.

A viewing was held on May 7th, 2020 from 2:00-3:00 pm and a memorial service from 3:00-4:00 pm at Halley-Olsen-Murphy Funerals & Cremations in Lancaster, California. Suzanne's wishes were to be buried near her family.

She will have graveside burial service on May 14th, 2020 at 1 p.m. at the Woodlawn Cemetery in Lima, Ohio. Funeral service arrangements were made through Chamberlain-Huckeriede Funeral Home in Lima, Ohio.  Condolences may be expressed at www.chamberlainhuckeriede.com .

Suzanne lived life to the fullest and will be greatly missed.

To send flowers to the family or plant a tree in memory of Suzanne Hait, please visit our floral store.