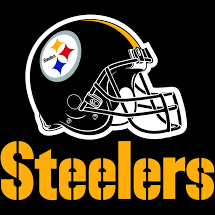 Tim was born on July 10, 1990, in Lima Ohio, to JoEllen (Lehmkuhle) Wells who survives. On January 9, 2015 he was united in holy matrimony to Ashley (Elliott) Lehmkuhle who survives in Bluffton.

Tim graduated from Liberty Benton High School in 2009 and became a factory worker where he held positions at Findlay Products, Diamond, and SRK. Tim loved spending time with his children. They often played soccer, went to the park, and played video games together. Tim was a video game enthusiast and made many friends whom he would call family throughout the years. He also enjoyed anime shows and comics, wrestling, and sports. He had quite the talent for drawing and creative school projects for the kids. He will always be remembered for his dedication to his favorite teams: Manchester United, University of Michigan, and the Pittsburg Steelers. Tim had the most upbeat personality, was always smiling, and often joking and reminding others that his wife was not a nurse.

Even though he was a die-hard Michigan fan, Tim and his family are forever grateful to the Ohio State University Wexner Medical Center’s oncology team who gave him more time to spend with his family. The additional 7 years OSU gave Tim are priceless and will be remembered in the hearts of those he held dear.

He is survived by his sons, Zachary Lehmkuhle (9) and Clayton Lehmkuhle (6); sister Jennifer (Gross) Vining; grandfather Paul Lehmkuhle Sr; and many aunts, uncles, and cousins.

He was preceded in death by his grandmother Patricia Martin, Aunt Edwina “Kay” (Lehmkuhle) Prine, and Uncle Paul Lehmkuhle Jr.

Tim’s wishes were to be cremated and for his family and friends to join for a celebration of his life which will be held on Sunday August 29, 2021 from 2-4pm and 6-8pm at Chamberlain-Huckeriede Funeral Home. A private burial will occur at a later date.

In lieu of flowers, the family would appreciate donations towards Tim’s son’s college funds.

To send flowers to the family or plant a tree in memory of Timothy James Lehmkuhle, please visit our floral store.